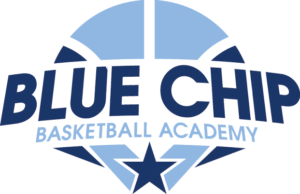 A single elimination, tournament amongst the Triad high school conference (regular season) Champions. The goal of this tournament is to allow the champions from every conference to compete for the title of “the BEST TEAM IN THE TRIAD” (Triad Champions,) despite their classification or public/private school affiliation. The “Triad Champions of Champions” also give teams an opportunity to play competitive game against team they would never have the chance to play during their regular season.

WHERE: Venues To Be Determine

1. Team must win their regular season conference championship OR must be the highest-ranking TRIAD team, in their conference (private schools).

2. If the conference champions decline their invitation, the next highest ranked team will receive an invitation.

• 8 Team Bracket, Single Elimination Tournament.
• Each team is guaranteed three games.
• For the first set of games, teams will be randomly selected to play against each other at a live drawing.

The Triad Champion of Champions tournament will be governed by NCHSAA except for the following;

Add/Drop Players: NO player/s can be added to the team roster once it has been submitted to us!